War’s cost is a bitter pill.

Eleven months of non-stop combat have transformed Captain Justin Spencer from a cocky reservist into a battle-hardened veteran. While new recruits rotate in to replace once familiar faces, nothing mitigates the sting that haunts Justin with each loss. Or silences the doubts that keep him from taking a complete leap of faith.

News from the battlefront remains grim even after the CSV Zvika Greengold’s daring strike against the League of Sol’s home turf. Despite technological superiority, overwhelming numbers of League battleships continue to outgun the Coalition Defense Force, leaving their superiors to draw a chilling conclusion.

The war is unwinnable.

The Terran Coalition’s saving grace has been independent merchants, transporting materials from outlying mining colonies to Coalition shipyards, keeping the CDF in the fight – until pirates with high-grade weaponry start picking off the freighters one-by-one. Instead of trading valuable cargo for innocent lives, however, the pirates have only one horrifying goal: leave no survivors.

Justin and the crew of the CSV Zvika Greengold are thrust into unfamiliar territory against a ruthless enemy willing to go to any lengths to avoid capture.

And pay any price to protect its secrets. 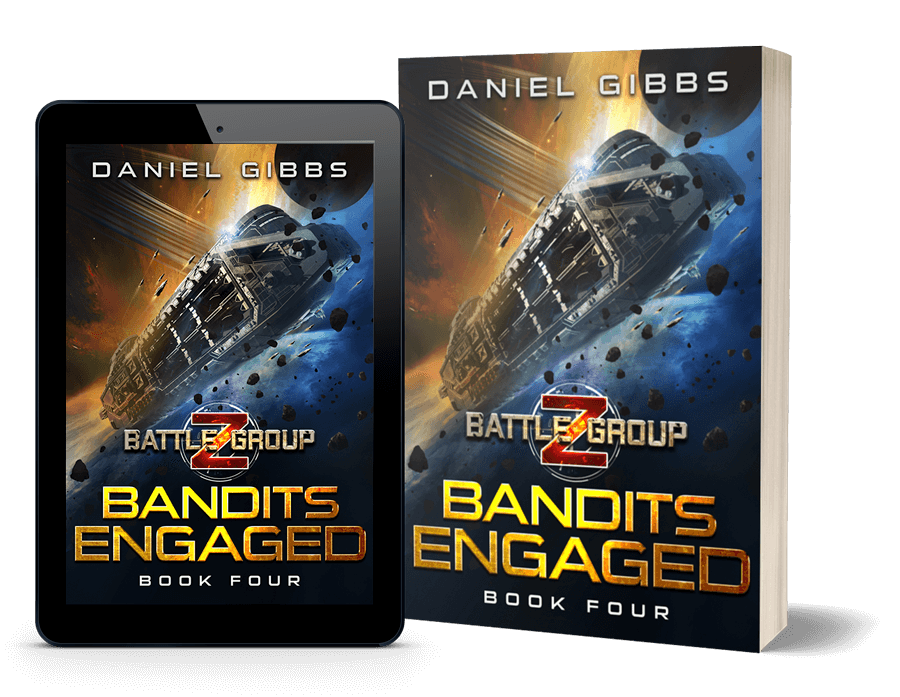 NEXT IN BATTLEGROUP Z BOOK 5