Six weeks ago, Lieutenant Justin Spencer was just another reservist in the Coalition Defense Force. Becoming a lifer wasn’t in the cards—until the League of Sol brutally attacked the Terran Coalition. With several pivotal battles now under his belt, friends and strangers alike call Justin a hero. But he finds the accolades difficult to swallow when the night only intensifies images from his first taste of combat.

Then he’s faced with an active duty extension..

The League is hitting supply convoys on their long journeys between the mining colonies. Without the rare minerals, Coalition shipyards can’t produce the needed firepower to fight off losses sustained from the enemy’s overwhelming forces.

An enemy that appears to anticipate the CDF’s every play.

When the CSV Zvika Greengold is tapped for a black ops action, Justin volunteers to pilot a captured enemy aircraft on what he discovers too late is a suicide mission. For any chance of survival, he’ll need to rely on more than sheer skill and dumb luck. 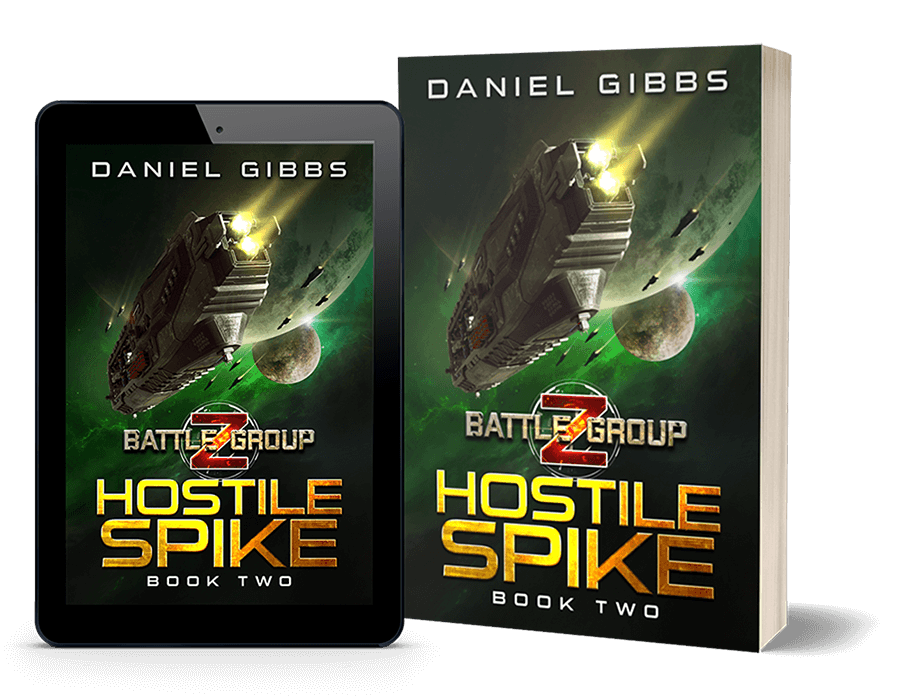 NEXT IN BATTLEGROUP Z BOOK 3