Captain Justin Spencer has one goal: to execute battle missions with excellence and bring everyone in his galactic fighter squadron safely home. Yet for too long, the Coalition Defense Force has been engaged in a defensive fight with the League of Sol on the Terran Coalition’s home turf.

The CSV Zvika Greengold is once again called upon for a highly clandestine assignment – take the war deep into enemy territory and attack the very heart of the League. It’s been generations since anyone has seen Earth after the communist League chased humanity’s ancestors from their former home, and Justin is eager to lead the squadron of stealth recon fighters for some payback.

Regardless of the danger that awaits them.

Facing the likelihood of no return, thoughts turn to matters of the heart – and soul. Family reunions are all-too brief. The months-long trip toward Earth gives Justin time to contemplate what waits for them in the great beyond. But when the carrier becomes a floundering fortress, it falls to Justin and the brave men and women of the CSV Zvika Greengold to fight their way to freedom as their ancestors once did – by any means necessary.

Or spend the rest of their lives in the hands of a merciless enemy. 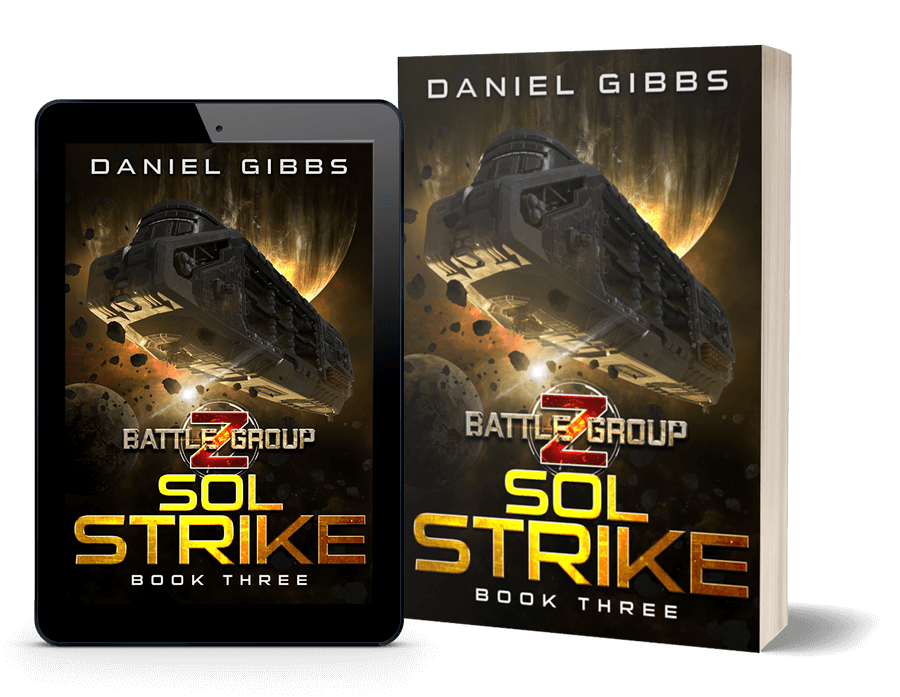 NEXT IN BATTLEGROUP Z BOOK 4