What once was his downfall becomes their saving grace.

Hard-fought skirmishes leave Captain James Henry and the Shadow Wolf limping into Lusitania’s port. Payday awaits once the undercover operative is safely delivered planetside to brief authorities on the League of Sol’s activities within neutral territory. But Jim learned long ago never to take anything at face value.

Especially with allies and enemies.

The Lusitanian Parliament bombing left unknown survivors, requiring martial law until new elections restore the fractured government. Chaos is the order of the day, proving the League is more than making inroads in this sector of the galactic arm.

Their advance is imminent.

The only way to stop the League from invading is for the Shadow Wolf to make a break for Trinidad Station and muster an army of pirates and privateers. But convincing them to fight for something other than profit is a battle Jim isn’t sure he’ll win, especially when converting enemies to allies requires trust against a highly trained military machine.

Now Captain Henry must marshal his former CDF experience to build a new coalition and outwit an enemy in a way they’ll never expect.

He’ll change the rules of engagement – and take the fight to the League. 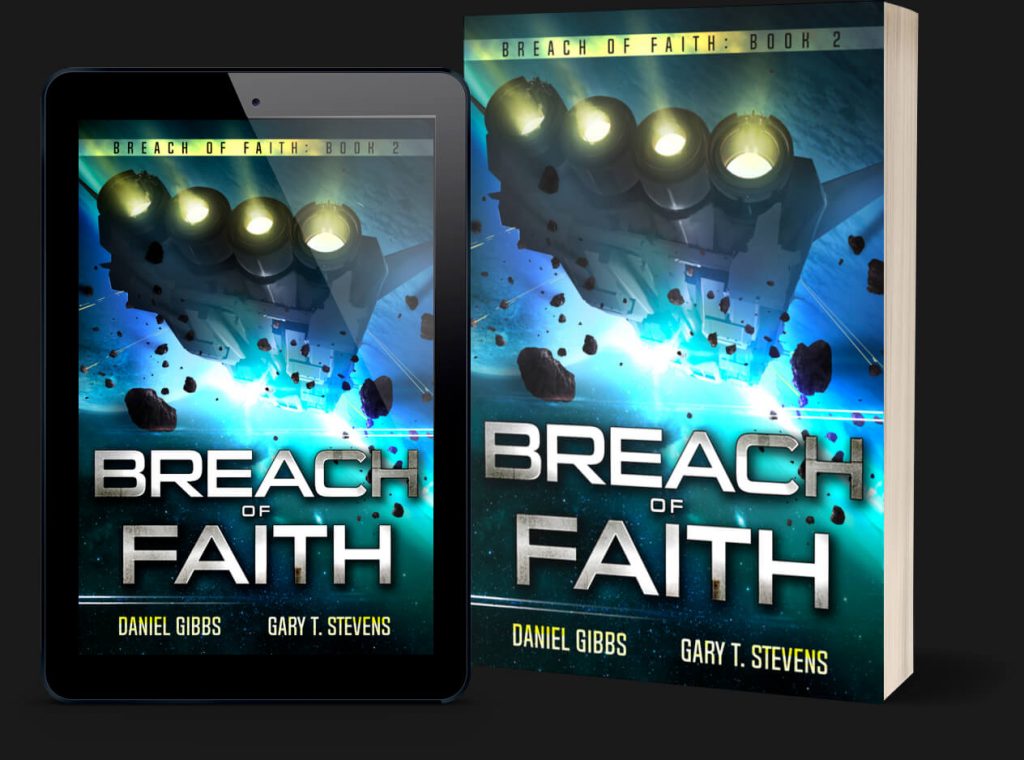 Previous in Breach of Faith: Book 1

Next in Breach of Faith: Book 3