The shadow war has begun.

No matter the successes under his belt, Captain Jackson Adams fails in the one mission that matters most—family. Home to visit his ailing father, Jackson and his brother can’t stop bickering long enough to manage repairs around the ranch before duty again calls.

The League of Sol is in a silent war with the Terran Coalition. But Coalition Intelligence’s hands are tied without actionable proof—until an undercover asset is murdered and another goes missing inside an independent megacorp.

Nosamo Aerothermic has made a killing through atmospheric terraforming, creating stable planetary environments for human habitation. With refugees flooding the Terran border, their newest development is guaranteed to revolutionize the industry.

And draw more than League attention.

Both foreign and domestic enemies descend on the space station, complicating Jackson and his crew’s rescue of their intelligence officer. But when the League’s nefarious plans for Nosamo’s technology come to light, what was a simple heist becomes a desperate gamble, and Jackson is forced to ignore protocol in a race to save the Terran Coalition.

Before time runs out. 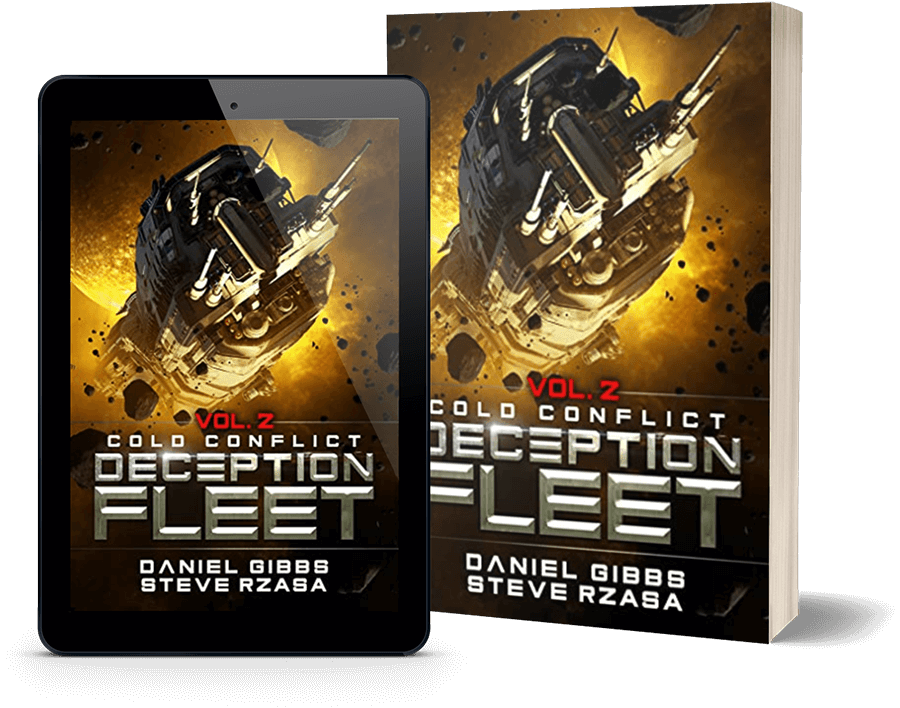 NEXT IN DECEPTION FLEET BOOK 3