Blood is in the water.

Ever since his father’s death, Captain Jackson Adams is more than ready to escape the familial fallout when the CDF calls with his next covert assignment. What he doesn’t expect to encounter is another pencil pusher – this time from Internal Review.

With the CDF reeling from traitors exposed in their ranks, and former League worlds jockeying for position in the Terran Coalition, intelligence resources are stretched thin. The last thing Jackson needs is government bureaucrats breathing down his neck. But when word comes that prized Phantom starfighters have fallen into insurgent hands, everyone is suspect.

Including Jackson and his team.

Illegal arms sales threaten renewed hostilities with the League of Sol, and Jackson’s unit is tasked with uncovering the culprits responsible – wherever they hide. But as evidence implicating the Spencer administration mounts, Jackson must separate the wheat from the chaff in a desperate race to save the Coalition.

Before war returns to the Sagittarius Arm. 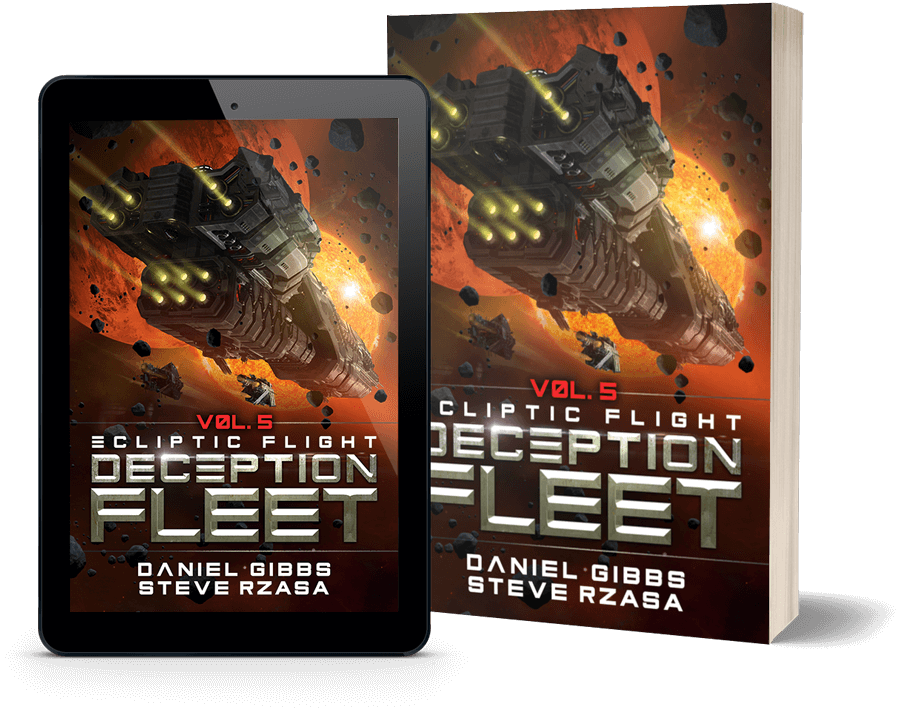 NEXT IN DECEPTION FLEET BOOK 6