The CDF is no longer on defense.

En route home after their latest mission, Captain Jackson Adams and his covert unit are diverted for immediate reassignment. The Coalition Defense Force is undertaking a major refit of their long-range sensor network as the Terran Coalition navigates the troubled waters of a tentative peace with the League of Sol.

PASCORE was designed to detect enemy incursions, and the expansion will extend the network’s reach to allies in neutral space and the Saurian Empire. There’s been no direct evidence of League interference, but Coalition Intelligence isn’t taking any chances after inferior equipment is discovered and anti-military protestors converge.

All blind to the threat the enemy still poses.

Jackson’s unit infiltrates various factions to expose suspected League involvement and neutralize any disruptions before they occur. But distrust still permeates the team after his previous actions put them all at risk. As they close in on their nemesis, Jackson’s obsession once again threatens the entire operation.

Because a desperate adversary is a deadly one. 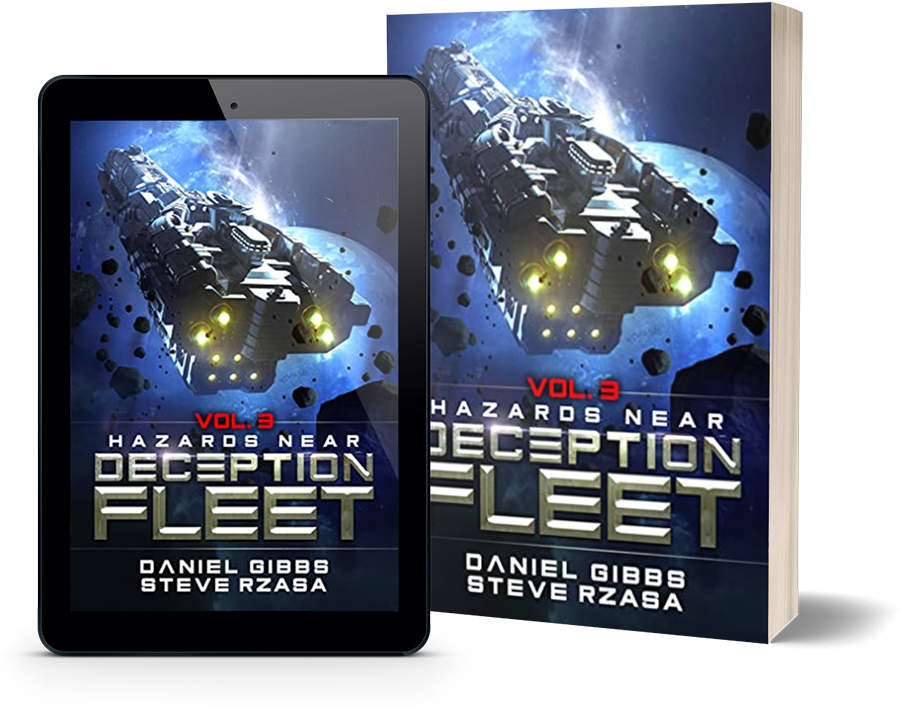 NEXT IN DECEPTION FLEET BOOK 4