The enemy crouches at the door.

Captain Jackson Adams has contented himself with civilian life, working the family ranch while exploring a new relationship – and trying to patch old ones. His team still holds a grudge after Jackson’s actions during their last mission almost got them killed. But he’s never missed them more as the next covert assignment sends him far from home.

The Galt system is the galaxy’s financial nexus – and a unlikely haven for communist terror cells. When a sudden plunge in galactic markets shows all the earmarks of an intentional act, Jackson is tasked with infiltrating the suspected attackers.

Without the benefit of his team.

Jackson is stunned to discover the terror network possesses funding that far exceeds mere sympathizer donations and technological superiority that could only come from inside the CDF. Their singular purpose? Cripple the economy and destabilize the Terran government to make way for a socialist utopia.

Now Jackson must find a way to get the band back together to stop a traitor.

Before the enemy within sends the Terran Coalition back to the Stone Age. 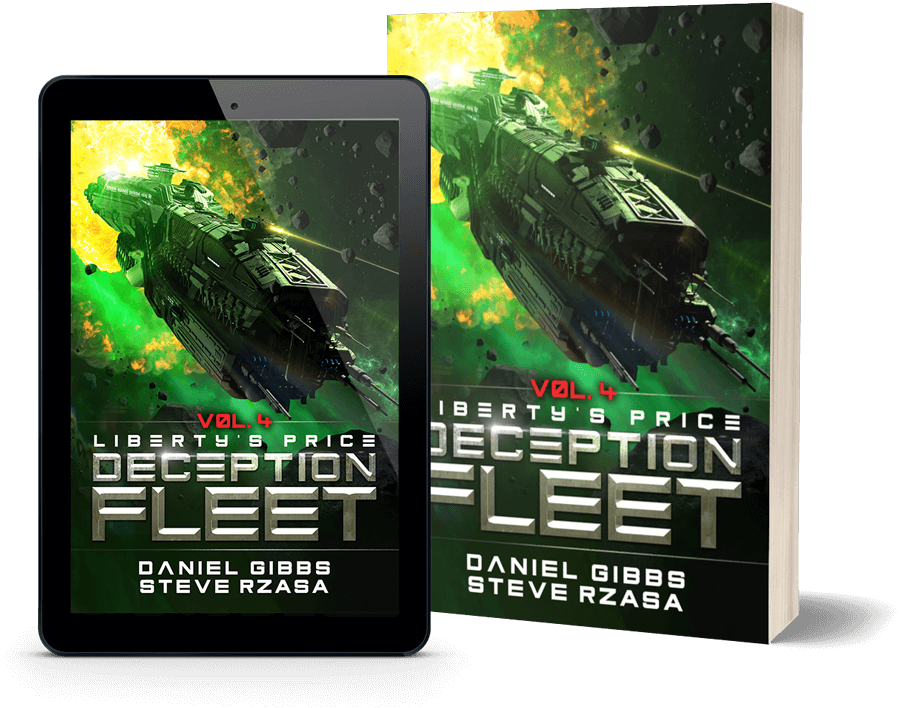 NEXT IN DECEPTION FLEET BOOK 5