The treaty is signed. The war is over.
Or is it?

Three decades of bitter galactic warfare between the League of Sol and the Terran Coalition have finally come to an end. Fresh off a successful intelligence operation, Captain Jackson Adams seeks a few days’ respite on the family ranch—a visit cut short by more than long-festering familial issues.

Despite public declarations of peace, the League continues stirring conflict. Millions of refugees have amassed at the Coalition border, straining relief organizations. Subversives use rival cartels to flood the camps with drugs and weapons, while the ensuing media coverage further divides a war-weary populace.

Actions bearing all the hallmarks of League involvement.

Without hard evidence, any military deployments will only exacerbate an already untenable situation. Coalition Intelligence tasks Jackson with gathering a ragtag crew for a black ops mission—infiltrate the cartels and discover the enemy’s ultimate scheme. But what they uncover is more horrifying than anyone ever anticipated.

And threatens to embroil the Terran Coalition in an explosive new war with an old enemy. 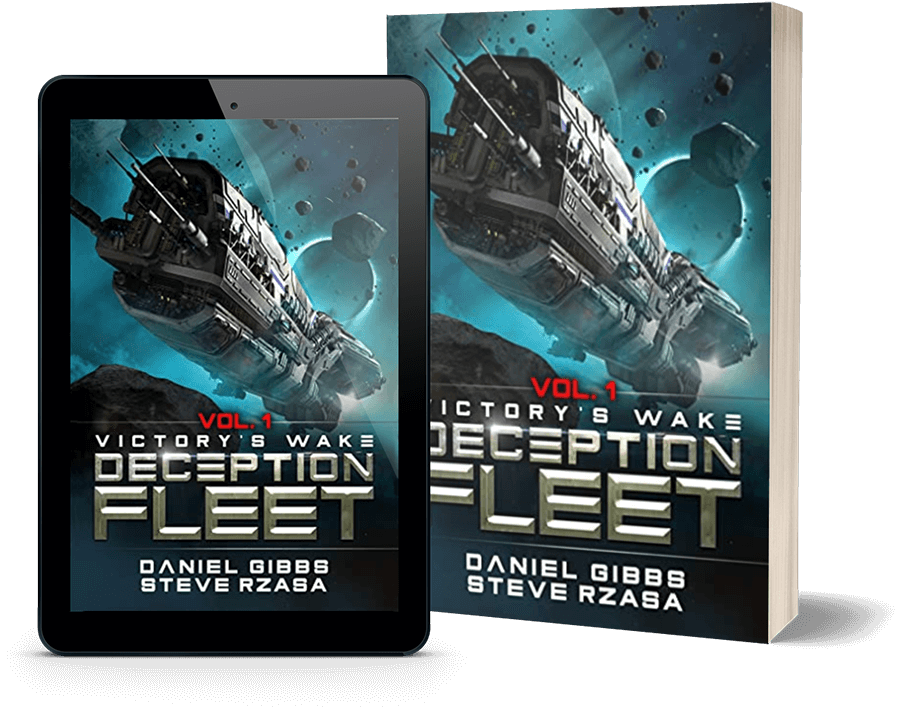 NEXT IN DECEPTION FLEET BOOK 2