There’s no rest for the weary.

The sun has set on General David Cohen’s galactic military service after twenty-two years in the Coalition Defense Force. Stripped of command of the CSV Lion of Judah by the new administration after his candid assessment of their tactics, David faces ending his illustrious career not as a war hero but a desk jockey.

But the League of Sol isn’t about to head off into the sunset to lick its wounds.

Though its shipyards lie in ruins and its leaders talk peace, the League still has their reserve home defense fleet – and a seething determination to use it to claim victory over the Terran Coalition once and for all.

As well as an old adversary ready to take General Cohen down.

Word reaches CIS that the enemy is secretly amassing forces. In a last-ditch effort, David joins old allies to commandeer a ship for a daring recon mission. With arrest warrants hanging over them but their suspicions confirmed, they risk their freedom to confront the Terran Coalition’s leadership with the newly discovered intelligence.

When the dust settles, David is tasked with a desperate mission: defend Canaan at all costs.

And like his father before him, this mission may prove to be his last in this epic series conclusion. 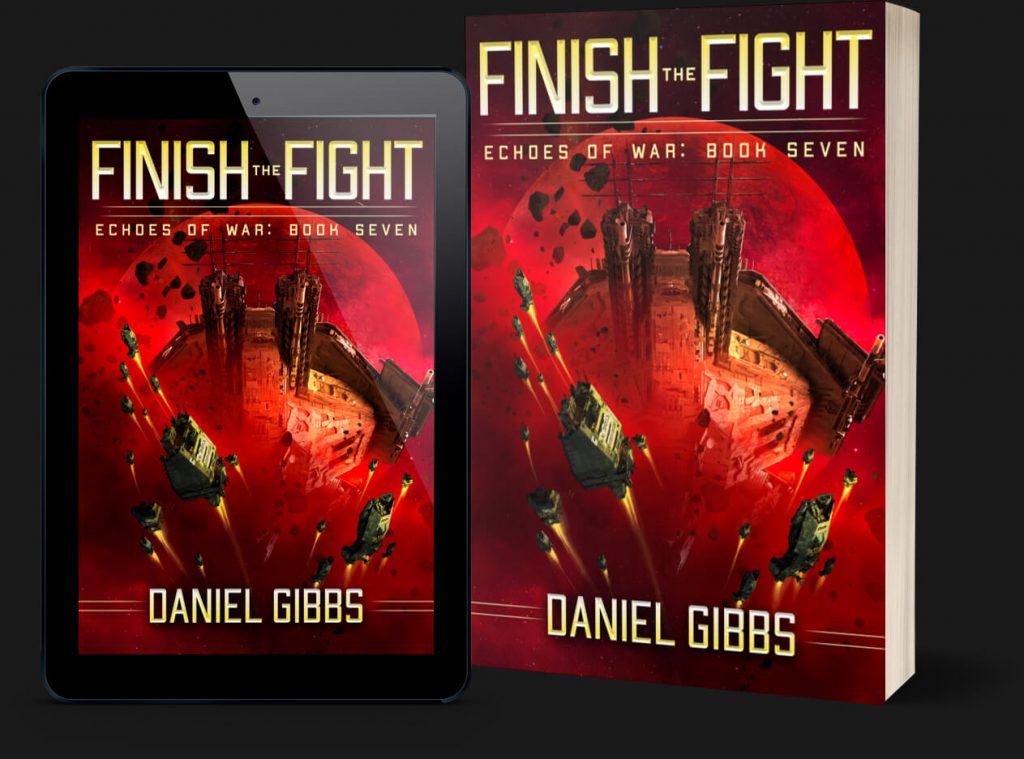 PREVIOUS IN ECHOES OF WAR: BOOK 6