The League of Sol has a new weapon – one starships can’t destroy.

Tactics have changed. The enemy hasn’t been able to beat Colonel David Cohen and the CSV Lion of Judah’s crew on the galactic battlefield. The League needs a more powerful weapon to succeed in the protracted war. One that will strike at the heart of the Terran Coalition and bring them to their knees.

One to annihilate them from within.

A new recreational drug is guaranteed to hook users in a single hit. With no cure, addicts will die within a year. Colonel Cohen and his team are given a classified assignment that takes them from the frontlines to the most unlikely of places:  Gilead, the neutral pleasure planet. Working closely with an undercover operative, they must infiltrate the vicious cartel responsible for bringing the highly addictive substance to market.

But what happens in Gilead, stays in Gilead, and there are formidable government officials that want to keep it that way – at any cost.

Now David must thwart the enemy and root out corruption at the highest levels without starting yet another bitter war.

If he can’t, the Terran Coalition is doomed. 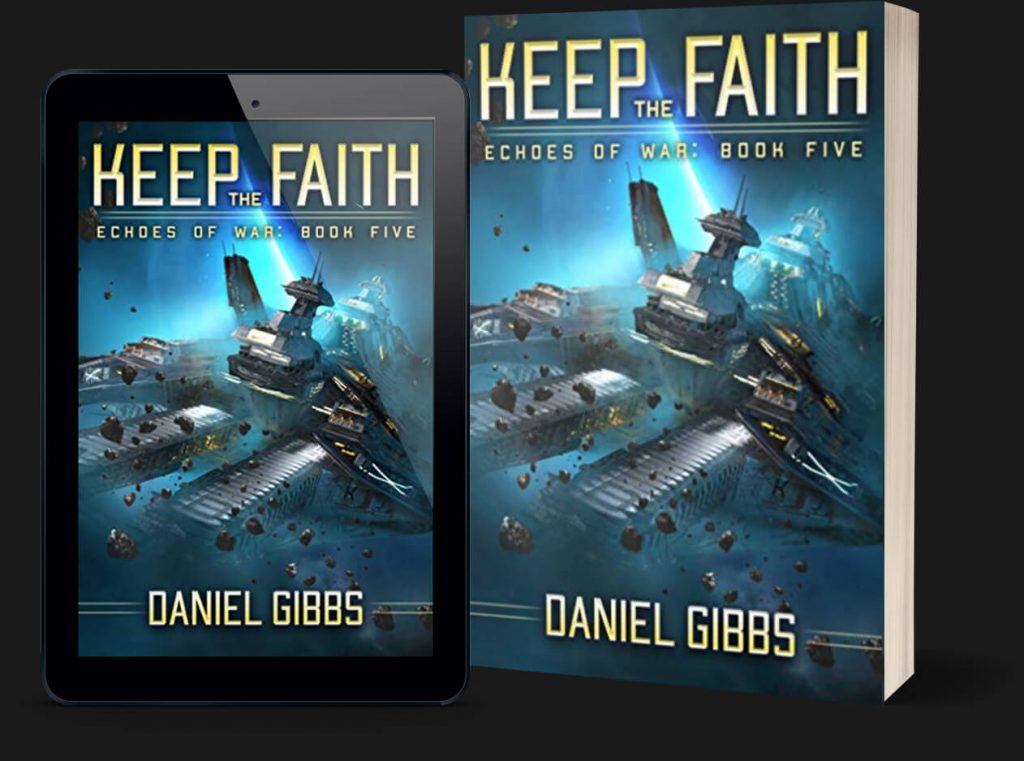 PREVIOUS IN ECHOES OF WAR: BOOK 4

NEXT IN ECHOES OF WAR: BOOK 6