Every choice has a cost.

The fate of the Terran Coalition stands on a knife’s edge. An anti-war president-elect stands ready to take the helm, with a platform of a peace treaty based on appeasement. The Coalition Defense Force has mere months to inflict maximum damage on the League’s military capabilities in hopes of preserving all the gains paid for in blood. Before they’re wiped away in favor of a tenuous peace.

A treaty with the socialist League won’t be worth the paper it’s written on. The Coalition’s best hope is to orchestrate a daring plan to cripple the enemy where it will hurt most – in the heart of their home turf. David is charged with leading a small but powerful force of CDF ships behind enemy lines to destroy key shipyards that will cut League military capabilities by seventy percent.

But a serpent is most dangerous when cornered.

When David is confronted with overwhelming League forces, he embarks on a desperate attack, using untested technology and tactics. Because the price for failure would be too high.

Will the cost of success finally be too high to bear? 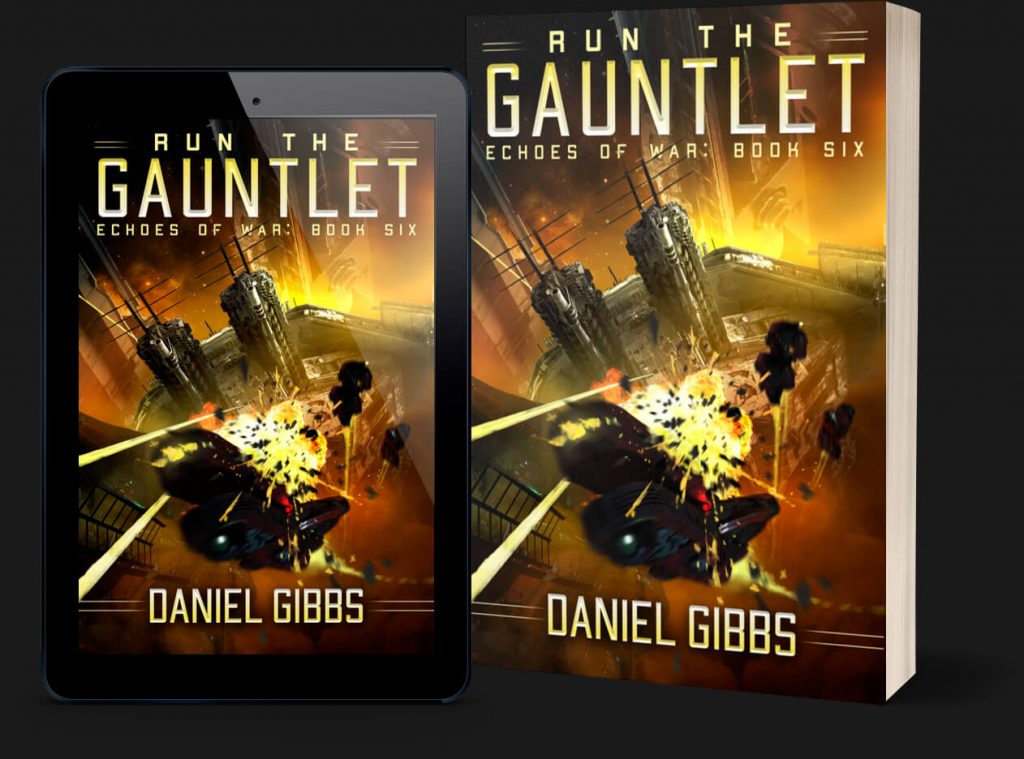 PREVIOUS IN ECHOES OF WAR: BOOK 5

NEXT IN ECHOES OF WAR: BOOK 7