Colonel David Cohen risks everything in an all-or-nothing battle to turn the tide of galactic war.

Coalition intelligence has discovered the League’s center of gravity—a deep space logistics base that supplies the enemy’s entire war effort. The CDF assembles its largest fleet ever for a decisive attack. For the first time since the war began, the Terran Coalition and their Saurian allies have the means to drive the League from their home turf.

Until they dive head first into the League of Sol buzz saw.

The fleet is forced to retreat after a disastrous engagement to assess their wounds and honor the dead. As the names are read and prayers recited, David can no longer avoid the ultimate question in the face of triumphant evil—why?

However, his internal battle must take a backseat to a war that waits for no one. The crew of the warship Lion of Judah develop a risky plan in a last-ditch offensive to take out the League station.

In the battle between good and evil, is victory at all costs worth the price? 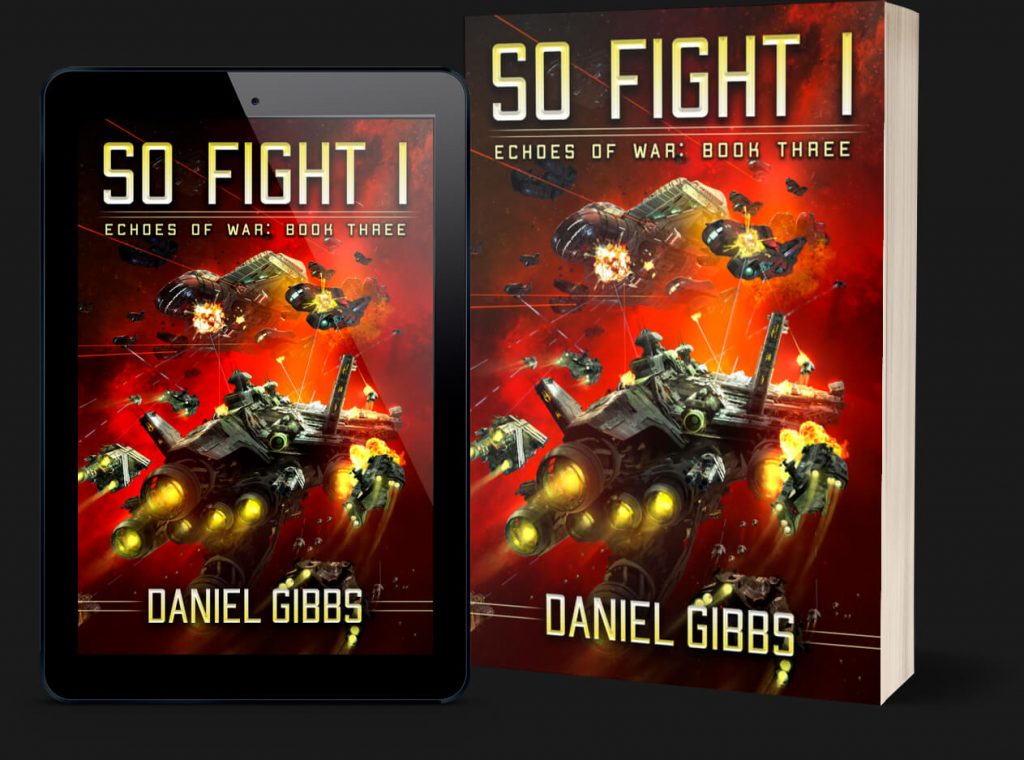 PREVIOUS IN ECHOES OF WAR: BOOK 2

NEXT IN ECHOES OF WAR: BOOK 4