Every victory requires a sacrifice.

Major Levi Cohen readies to retire after twenty years of peacetime service to the Terran Coalition. With mere weeks remaining, he allows himself the luxury of imagining the days alongside his wife and eight-year-old son instead of separated by duty. He promised that this year he wouldn’t miss another one of David’s birthdays – and he intends to keep his word.

His plans are cut short when the League of Sol sends a massive force of warships into Coalition territory. The only chance they have is to drag every available ship from mothballs and pray their superior technology will carry the day.

Stand Firm sets the stage for an epic, star-spanning war that tests the mettle and faith of the far-flung descendants of Earth. One man’s story burns brightly in the crucible of conflict. What price will he pay to save his family and his planet?

Get Stand Firm free by signing up for the Daniel Gibbs newsletter and be notified of all upcoming releases or other news! 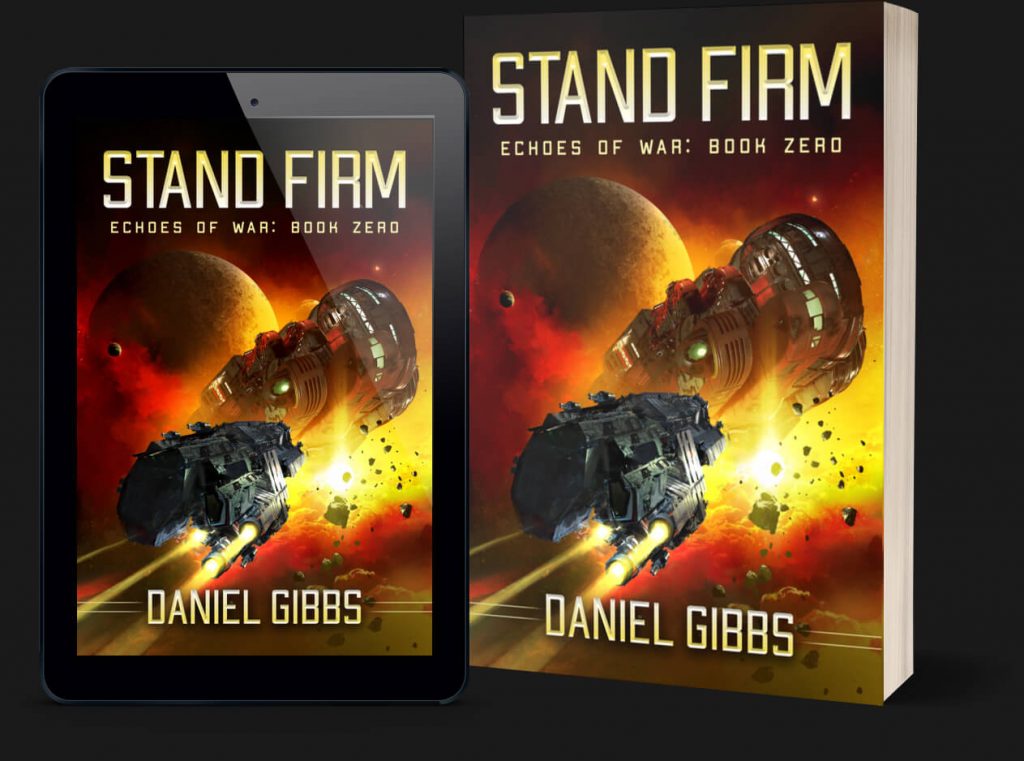 NEXT IN ECHOES OF WAR: BOOK 1