May 21, 2020
The Chinese Navy wages a series of decisive battles against the US Pacific Fleet, and remaining ANZAC naval forces. The allies are forced onto the defensive and must shelter under friendly air coverage, limiting their effectiveness.

May 21, 2020
Resistance to the World Society invasion across the United Kingdom falls apart. As a demonstration of their resolve to the rest of the world, any surrendering British soldiers are executed as “traitors to society.”

May 21, 2020
The “Phoney War” period as the Freedom Alliance races to build its colony ships, while the World Society moves its troops, air force, and naval units for a final assault against the allies.

May 21, 2020
James Lawrence oversees the successful launch of the first colony ship prototype, powered by a fusion reactor. It’s launched into space via a series of heavy-lift rockets, and the interlocking pieces fit into place while in orbit. The test of its wormhole drive is successful.

May 21, 2020
EU and Russian troops invade Ireland and Iceland, simultaneously. Within a week, all organized resistance is extinguished. Using Iceland as a launching point, sustained long-range bombing campaigns crank up against American and Canadian strategic targets.

May 21, 2020
China launches a major invasion of the United States west coast, bypassing Hawaii and the other outlying islands. Remaining US Navy carrier battle groups ground down the attack enough that Army and Marine Corps units throw the attackers back into the sea. While the World Society forces lose upwards of five hundred thousand soldiers, it becomes apparent that its only a matter of time until the rest of the world is brought under complete domination.

May 21, 2020
Using a lottery system, evacuees are selected at random from across the Freedom Alliance using carefully calibrated metrics to ensure as many cultures as possible survive. The various national governments have kept the colony ships a closely guarded secret to avoid a mass panic. At the same time, the best and brightest of humanity is spirited away to join the exodus, along with a complete technology, biologic and zoological base, ensuring when they find a new planet to call home, it can be adapted to resemble Earth.

May 21, 2020
Another invasion of the United States is launched from Iceland. Backed by the Russian and European navies, large numbers of enemy troops land in New England and Canada. They steadily push the American military back. On the brink of complete defeat, the decision is made to launch the Exodus. The best special forces in the Freedom Alliance, consisting of the US Navy SEALs, Delta Force, remaining British Special Air Force, and Australia Special Boat Service tier-one operators, storm the satellite defense system's main control station in Lisbon. The thirty colony ships depart from Earth, carrying fifty million people in rudimentary cryo-sleep.

May 21, 2020July 10, 2020
After ten years of wormhole jumps, the Exodus Fleet makes landfall on a planet they name Canaan, in the Sagittarius arm of the Milky Way. Perfect in every way for human habitation, the colonists give thanks to God for what many perceive as a miracle – as the fleet’s supplies were running low. 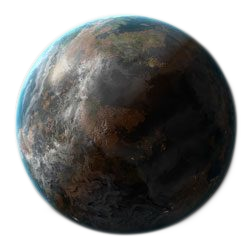