For more information on planets and stations shown on the map, please hover your mouse over the name of the planet or station. 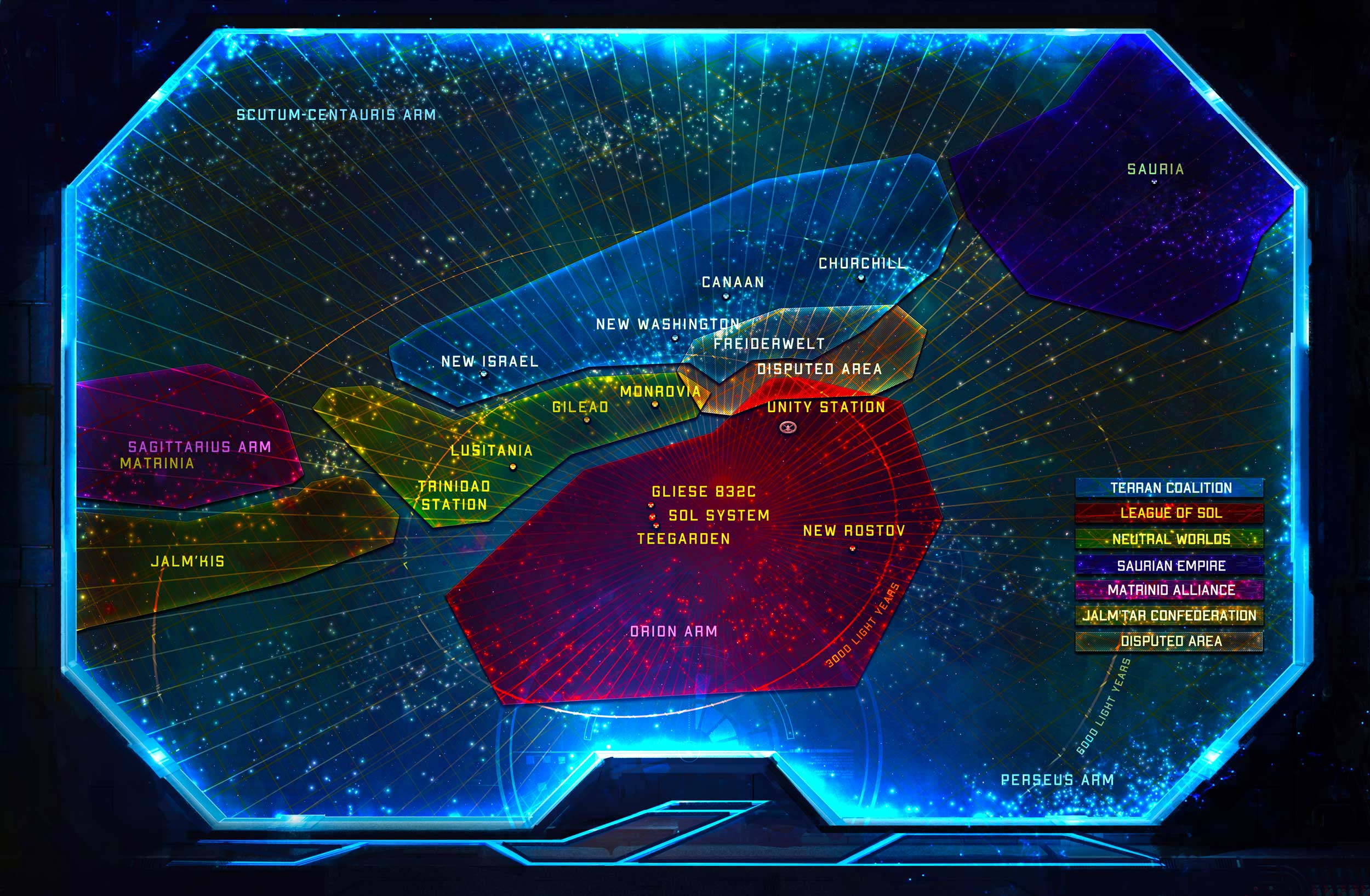 For more information on planets and stations shown on the map, please see below:

Churchill
The capital world of the United Kingdom of New Britain. It ranks as one of the most densely populated worlds in the Terran Coalition, with 2.9 billion inhabitants as of the 2430 census. Its capital is New London. 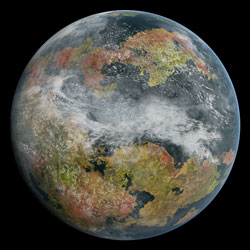 New Washington
The capital planet of the United States of America and one of the most populated worlds in the Terran Coalition. Its capital city is New Philadelphia and as of the 2430 census, it had a population of 3.4 billion. 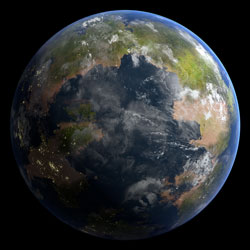 New Israel
The capital world of the Jewish Republic of New Israel. A smaller planet, with only .9 Gs of gravity. Its capital city is New Jerusalem, and as of the 2430 census, it had a population of 785 million. 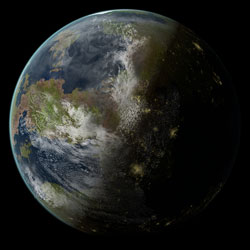 Freiderwelt
A planet settled by Amish and German citizens during the Diaspora of 2145. One of the worlds invaded by the League of Sol during the early days of the war. It has changed hands repeatedly during the conflict. At last count, less than twenty-five thousand Terran Coalition citizens remain on the planet, all of them Amish. 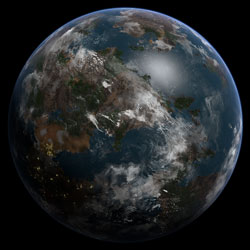 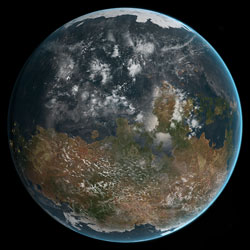 Gilead
Mostly arid world consisting of vast deserts. Temperate zones in the upper northern hemispheres provide the only farmable areas. Primarily known for its large hotels and casinos in the capital, Gilead is known as the “pleasure planet.” It maintains strict neutrality in all conflicts. Population of 600 million humans as of the last census. 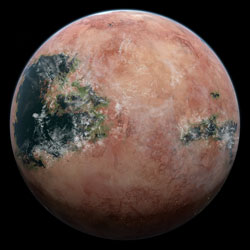 Lusitania
A garden world in the general vicinity of the Trifid Nebula. Settled in 2120 by refugees from Portugal, Morocco, and the Basque region of Spain. Has remained neutral throughout its history. The planetary capital is Gamavilla, and Lusitania had a population of 2.8 billion as of the last cenus. 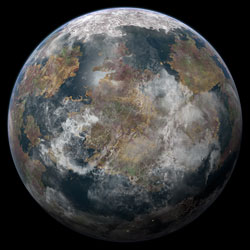 Trinidad Station
An inhabited O’Neill cylinder space station in the Magella System. Built at the end of the 23rd century by a Helium extraction firm, it was abandoned after the firm went bankrupt. Currently a “freeport,” and home to smugglers, privateers, and pirates, it is a port of call for those who wish to remain off the grid.

Unity Station
Forward League of Sol Navy logistical station between the galactic “arms” of Orion and Sagittarius, in the Milky Way galaxy. Staging center and supply hub, with at least twenty-five thousand inhabitants. It took over fifty years to build and is considered a monument to socialist solidarity in the League.

New Rostov
Border world in the League of Sol. The planet is primarily arid, with little in the way of water, plant or animal life. Were it not for the large concentrations of Lithium ore present in its crust, it wouldn’t have been colonized. The population is less than fifty thousand humans who eke out an existence in the mines.

Gliese 832C
One of three major shipyard complexes in the League of Sol, Gliese 832C boasts a space-based infrastructure like few others. Multiple orbital habitats and defense stations support one of the largest shipyards known to humanity. The only habitable planet in the system is covered in glaciers but has a temperate zone. 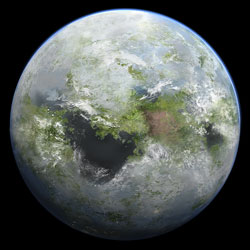 Sol System
The cradle of Humanity, and center of the League of Sol. Earth is a paradise without equal in the League, boasting the best it has to offer. No hunger or crime, no citizen of Earth wants for anything, while every action and thought is monitored for compliance with the state. Published reports claim 12 billion citizens as of 2400.

Teegarden
Another shipbuilding hub, and main logistical base for the League of Sol Navy, Teegarden was the third planet to be colonized humans from Earth. The planetary colony boasts a population of 2.3 billion, while another million citizens live in orbit between the various stations and orbital installations. 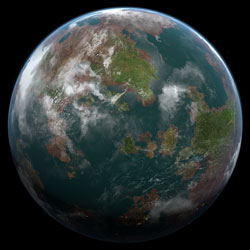 Sauria
Homeworld of the Saurians and capital of the Saurian Empire. It was once a lush habitat of tropical rainforests, but consist over industrialization turned the planet into a battered shell of what it once was—population estimated at 9.3 billion Saurians as of the last census of warriors. 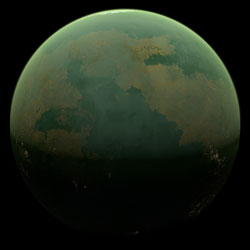 Jalm’kis
Shrouded in mystery, few, if any humans have seen the homeworld of the Jalm’tar Confederation. The only thing known for sure is that non-Jalm’tar vessels rarely return when venturing into the region claimed by the Confederation. 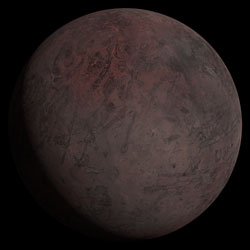 Matrinia
Homeworld of the Matrinids, Matrinia is the name given to the planet by humans and Saurians. Its actual name is unpronounceable by non-aquatic species. One of the former members of the Canaan Alliance, robust trade is carried out between them and the Terran Coalition. 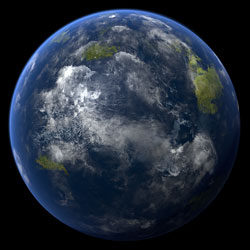