HomeUniverseThe Universe From Now to 2433

May 21, 2020
Ten years after planetfall, Sir James Lawrence, inventor of the wormhole drive, calls on the various national governments to form a coalition aimed at keeping out rivalries from splintering the colonists. “Humanity must not revert to its old ways,” he insisted.

May 21, 2020
Sir James Lawrence dies at the age of 98. The faster-than-light drive he invented is named the “Lawrence Drive” in his honor, while the capital of Canaan is founded as Lawrence City.

May 21, 2020
For fifty years after planetfall at Canaan, the colonists struggle to hammer out a technological base, housing, industry, and farming. Though pressed to the limit, they pull through and by 2132 have a vibrant economy and astronomically high birth rates.

May 21, 2020
Old governments and cultures from Earth begin to reassert themselves. As they do, old tensions crop up. In 2145, in an event historians would later refer to as “The Diaspora”, various groups of colonists from Canaan strike off to other nearby habitable planets near Canaan.

May 21, 2020
The Treaty of New London is ratified among all planetary governments. It forms the basis for a new, supernational institution called the Terran Coalition. Canaan is designated as the capital. With a constitution modeled after both the American constitution and the British Magna Carta. Its bill of rights explicitly guarantees freedom of expression, religion, and cites that the rights of citizens flow not from the government, but from God. Member planets are allowed vast leeway in the administration of laws, customs, and recognized religions.

May 21, 2020July 10, 2020
Continual increases in commerce bring with it the advent of space piracy. The Terran Coalition establishes a new military force for self-protection, called the Coalition Defense Force. Its mission is to protect local space, commerce lanes, and to defend against outside threats. At the same time, a Marine unit is authorized for ground combat operations—the Terran Coalition Marine Corps. 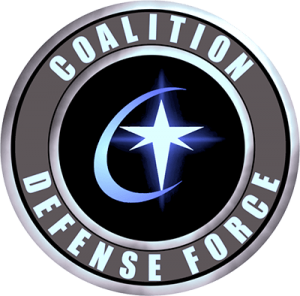 May 21, 2020
Massive growth experienced by the Terran Coalition. Populations, economics, and technological advancements grow at extreme rates as more planets are colonized, and solar systems claimed.

May 21, 2020
Cybernetic technology outlawed by the Terran Coalition following widespread abuses of bleeding-edge breakthroughs. Following the adoption of the regulations by the Coalition Assembly and Senate, cybernetic implants and any interface between human and machine are only allowed for therapeutic applications.