The battle for truth was only the beginning.

Captain James Henry has finally gained what he long desired – redemption. Yet not even his restored military honors and reputation can wipe away the bitter taste in his mouth after fifteen years weighed down by guilt and shame. Whereas others now recognize him as a legitimate hero, all Jim sees when he looks at the man in the mirror is a coward. If he’d stood up for what was right in the first conflict, countless lives would’ve never been lost.

But not even the truth will bring back the dead – or restore a shattered trust.

Before deep-seated betrayal sends Jim to the bottom of another whiskey bottle, the past again rears its ugly head when the Shadow Wolf’s first mate is kidnapped by an unholy enemy alliance. To rescue her from their clutches, Jim swallows his injured pride and accepts assistance from an unlikely source.

One that still reeks with the stench of duplicity.

The fate of Jim’s first mate is sealed when treachery abounds from every galactic quadrant, and her very life is wrenched from her control for a more sinister intent. When captain and crew rush in to extract their comrade, they’ll face down an enemy they never saw coming – and suffer a soul-crushing loss.

Can Jim overcome it all, and save his crew one more time? 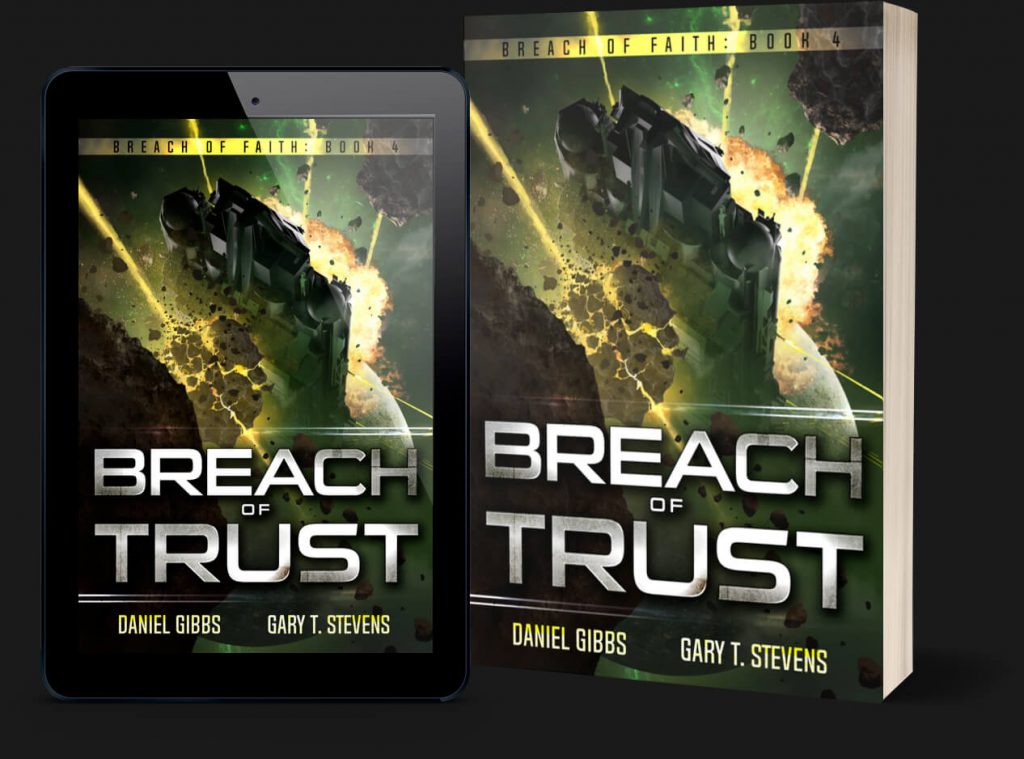 Previous in Breach of Faith: Book 3